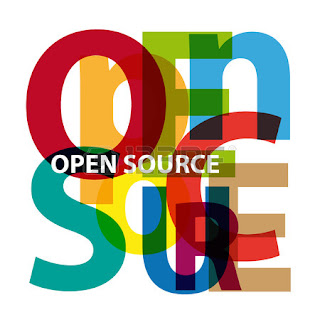 So I spent the last 2 weeks trying out all the different open source home automation systems out there.   What spurred this was my desire to run away from SmartThings as fast as possible.  My start with it was rocky, but it stabilized for about 4 months where it worked decent enough for me to not be annoyed with it until the last update..   Then it all went to hell again back to the days of delayed notifications and automations not running until hours later.   I was done with anything that was cloud based.   Because honestly cloud based home automation is not only a GIANT failure, but it is absolutely a bad idea.

So I tried a few open source home automation systems that used Zwave as I wanted to keep some of the equipment I spent money on.   so I started with OpenHAB as it seemed to be the most popular,  I then ran instantly into a roadblock, the fact that all the documentation is so horribly out of date.  They decided to change completely how everything was done in their 2.0 version but failed to update all their documentation.   So I blew 3 days trying to get it to do one simple thing.   when a door sensor opened, send a notification to my phone.   First it took a day to get the sensor to even show it's state in OpenHAB,  I learned I had to add and delete then read it a few times to get it to work.... OK, that's kind of quirky, but it worked.  I saw the sensor.  then I tried to get a very simple rule written to make it send me a notification, after 2 days on the forums I found out the name you give an item is just there for window dressing and you don't actually use it.   And many of the OpenHAB users actually don't use the 2.0 version so they cant help much.....   Plus there is a language barrier as most of the developers and users are German and they dont use american sensors and devices so help on specific items is very limited.   They try, but they really need to stop with all feature development and rewrite all the documentation and examples for the new 2.0 system.

I tried the "home Genie" next.....  backed away from this one instantly as it's configuration was a nightmare and honestly their scripting ideas were some of the most bizarre I have seen. On top of that, it's documentation was just as fragmented with the user required to scour their forums for what is needed, I bailed on this one almost instantly.

Lastly I tried "HomeAssistant"  this one seems to be the most mature, but god help you if you are not a linux expert.  This one also suffers from the fact that they changed it dramatically but none of the documentation is updated.   I am sitting here trying to get the door sensor to send me a notification and I find contradictory information in the documentation as well as the forums and each try results in no notification and errors in the log that notify/iphone notify/ios etc does not exist.....

Finally after doing some searching I found the real way of calling the notification of their app.   Holy crap I have a working notification of a door sensor open or closed!  This is a LOT more functionality that I was able to achieve with on the other two and that is huge as I only had to mess with it for 6 hours to get to this point.    Plus they have a promise of having Zigbee devices working! I might be able to salvage all the money wasted on SmartThings and get a working non cloud based home automation system out of this!

Here is the problem,  If you are not a Linux and electronics expert you will be completely doomed trying to get any of these open source HA systems running.  The average person will NEVER be able to get this to work, and honestly they have no chance of being happy with anything else.   If you are a normal person that is not a Linux and computer expert with a desire to learn Communication protocols and Zigbee and Zwave code triggers, but you want some home automation,  call a integrator and pay the money.   Yes paying $10,000 to $20,000 for a system to be installed is a lot better than spending $1500 and then the next 4 years pulling your hair out making it work and then constantly fixing it when it breaks until you give up and rip every bit of it out and throw it in the trash vowing to never ever have any lighting automation again.

I am still going to tinker with "HomeAssistant" simply because I rent right now. but I am investigating other options that cost more but will have NO cloud requirement and reported high reliability to not have to tinker all the time.

UPDATE:  I have up on HA as it is not reliable.  They keep files open all the time so if you happen to lose power you get a corrupt HA config and have to restore it all.  This is highly unacceptable to lose all your settings if you have a power outage.    Buying used Crestron gear is looking more and more appealing.
Email Post